Top Places to Dine in Wynwood

Feb 05, 2019Titus ShawnRestaurantComments Off on Top Places to Dine in WynwoodLike 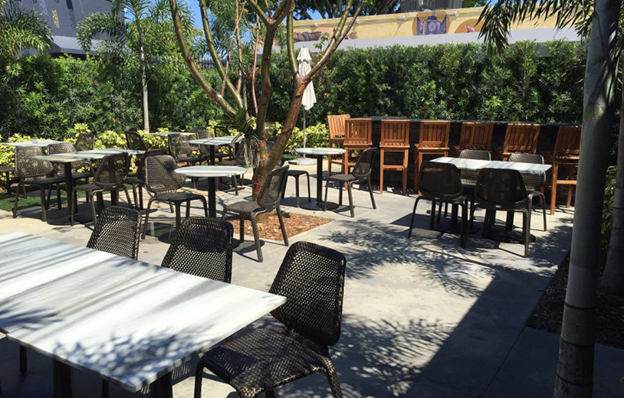 Wynwood is known for the wide varieties of food they have to offer. In the last decade, it has improved itself largely. Today, Wynwood is the places that have some of the most creative restaurants. Surely, with the passage of time, Miami arts district is putting as much emphasis on food and drinks as it does with graffiti.

Wynwood is home to a wide range of restaurants, and the number of restaurants only seems to be increasing. Earlier, there were a few options to select from in the Wynwood neighborhood. The choices consisted mainly of a random food truck or a few restaurants that was first set up along with the first murals being painted over at the Wynwood Walls back in 2009. The evolution of the place has brought in a number of new visitors with tourist buses now making regular stops.

Let’s have a look into some of the Best restaurants in Wynwood to check-in to.

Located in the Wynwood Arts District, it’s modern Italian café with traditional flavors. Opened in 2008 by Joey Goldman, a principal at Goldman Properties, the restaurant was a pioneer in Wynwood. Joey’s is known for the exceptional pizza they serve. Known as the first restaurant in the arts district, it’s a hangout place for the neighborhood. They serve authentic Italian cuisine prepared with traditional methods. Like the food, Joey’s décor is unassuming yet elegant.

Beaker & Grey brings a globally inspired menu through a variety of dishes from chorizo churros to grilled oxtail or through their fine varieties of beverages. It was formed by converting the factory space to give an enjoyable dining experience.

This restaurant offers a wide variety of Thai street food like noodles, curry, rice dishes, and Thai desserts. It has got two outlets. This place seems to be fully packed with people.

Coyo taco is known for the variety of Mexican street food including traditional and untraditional dishes. They have got a hidden bar, which opens till late.

Created by the Chef Michael Lewis and General Manager Haigh, it’s a modern style Asian restaurant. It’s well known among all the parts of Miami for the diverse Asian inspired dishes that they continue to offer flawlessly.

Jack’s home cooking restaurant gives you a feeling of delicious homemade Italian food. You can have a taste of Italian crab cakes, eggplant rollatini, calamari and all for a reasonable price. If you’re here, then you should definitely not miss the happy hours, where all appetizers are priced at $5.

As the trendy, hip, art, urban scene in Miami continues to grow and develop, the spaces within it are flourishing into established staples creating what we today know as Wynwood. Not only is Wynwood a designated spot to view all kinds of artwork, but it also holds the trendiest and most delicious restaurants in Miami.

Wynwood is known not only for the various artwork but also for some of the Best restaurants in Wynwood known for the trendiest and most delicious food that it has to offer.